REC FISHER CONVOY TO SAVE CURRENT POSSESSION LIMITS
Created / Updated on Monday 21st of May 2018
Photos / Files Available
A group of very concerned recreational fishers got their boats ready on Friday and met at Blue Fins Fishing Club Inala to voice their significant worries about reductions to their existing catch possession limits and then proceeded to convoy onto the Premiers electorate office in Richlands. 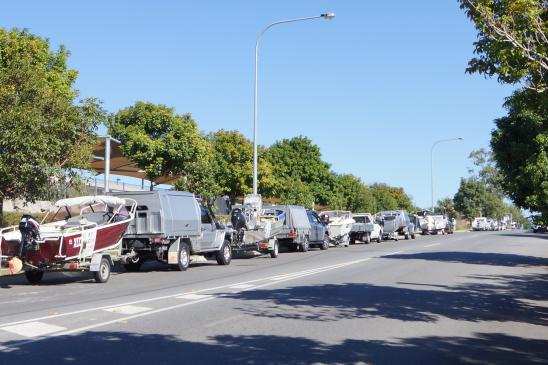 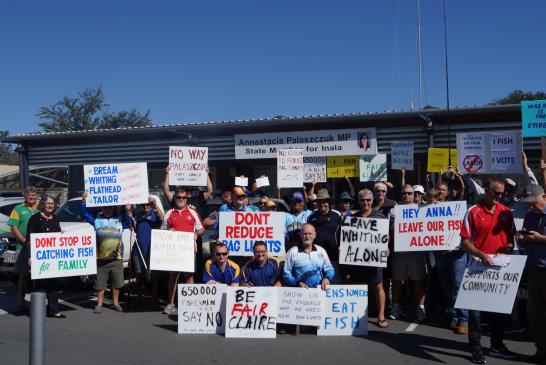 Recreational fishers have been supporting the current Sustainable Fisheries Strategy. They, like many others, including Fisheries Queensland believe that the current fisheries management protocols are many years past being overhauled. The current system is strongly based on an antiquated perception that there are never too many harvesters on the water. We now have a commercial fishing industry that has far too many operators that are using their licences only during spawning aggregations to top up their other incomes because there are too many of them to all have profitable fishing businesses.

What was expected was that a line wold be drawn in the sand and for each species the existing data would be used to calculate current catch share amongst all sectors: commercial, recreational, indigenous and conservation (theirs stay in the water?). If a species was then identified as in trouble everyone would take an equal hit based on their catch share.

However, in the last week it has become apparent that within Fisheries Queensland there is a separate personal agenda being driven very forcefully to reallocate a considerable portion of the existing recreational catch to the commercial sector before the starting gate has even opened. Small meetings have been held across the state where total possession limits of 3 mud crabs or 15 fish of a species have been very heavily pushed by Fisheries Qld staff. This contradicts the information put out by the department in the discussion papers.

Grassroots recreational fishers are so concerned that they will be breaking proposed rules in order to put a decent feed of fish on the table for their families that they presented a letter to the Premier’s office outlining their concerns. Given that this information has only been available for little more than a week, the turnout of more than 30 boats and at least 70 fishers on a weekday indicates just how distressed many of them are. I expect that this sentiment will only increase across the state in the weeks to come,

AVAILABLE PiCTURES
Click on thumbnail to view that image.